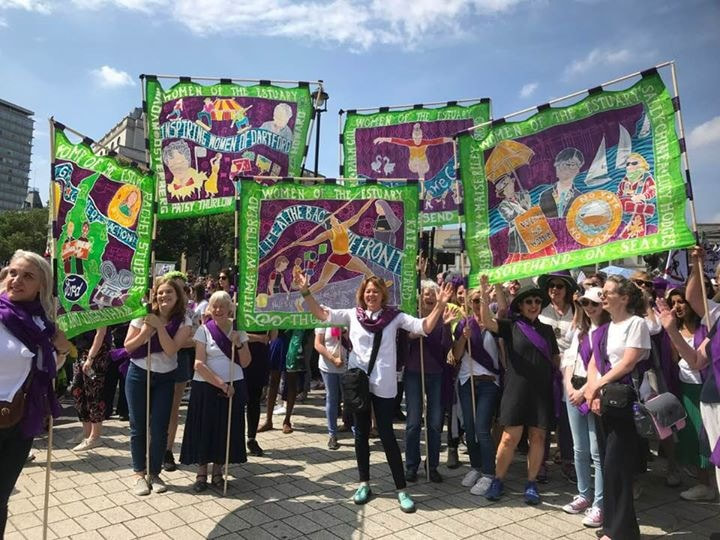 Kinetika is delighted to have taken part in PROCESSIONS, a mass participation artwork to mark the centenary of the Representation of the People Act, which gave the first British women the right to vote.
Artists representing the areas of Barking and Dagenham, Dartford, Gravesend, Thurrock and Southend participated, which built on the network created by Kinetika’s Silk River project.  Ali Pretty led the artist team and together they continued Kinetika’s track record of telling stories on silk, which this time explored ‘women of the estuary’.  Five beautiful banners were created, one for each of the areas, and they came together with hundreds of others at the final event on 10 June 2018 in London.
Produced by Artichoke, events also took place on the streets of Belfast, Cardiff and Edinburgh on the same day, and women and girls from across the UK came to mark this historic moment in a living, moving portrait of women in the 21st century.
Kinetika was one of 100 organisations working with women artists up and down the country in the lead-up to the event, as part of an extensive public programme of creative workshops to create 100 centenary banners which formed part of this vast artwork.
The banner-making workshops focused on text and textiles, echoing the practices of the women’s suffrage campaign and were spaces to consider the power of the vote today and our shared future. The banners made represent and celebrate the diverse voices of women and girls from different backgrounds.

research, design  and painting on silk

'Spirit of Womanhood'﻿
International Women's Day  and  the woman's interfaith group ( their 10th birthday) came together,  in  2014  and  held an exhibition, to  spark dialogue and discussion between woman from different faiths and cultures. The show encompasses a wide range of ideas about gender and spirituality. 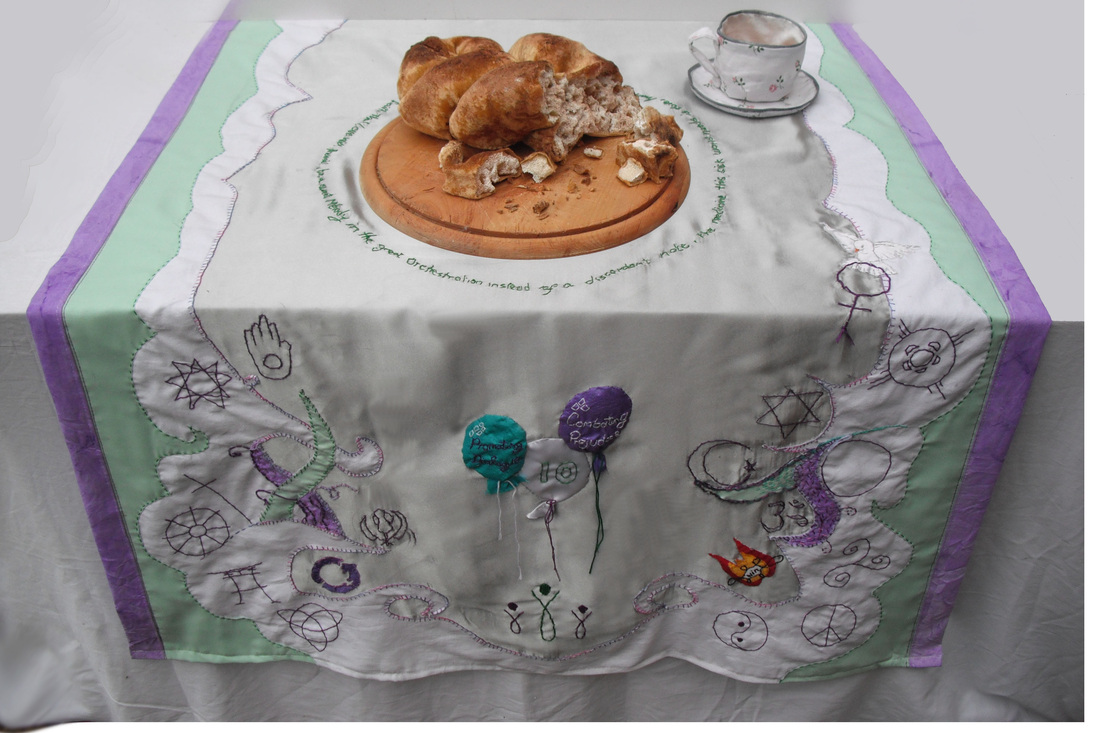 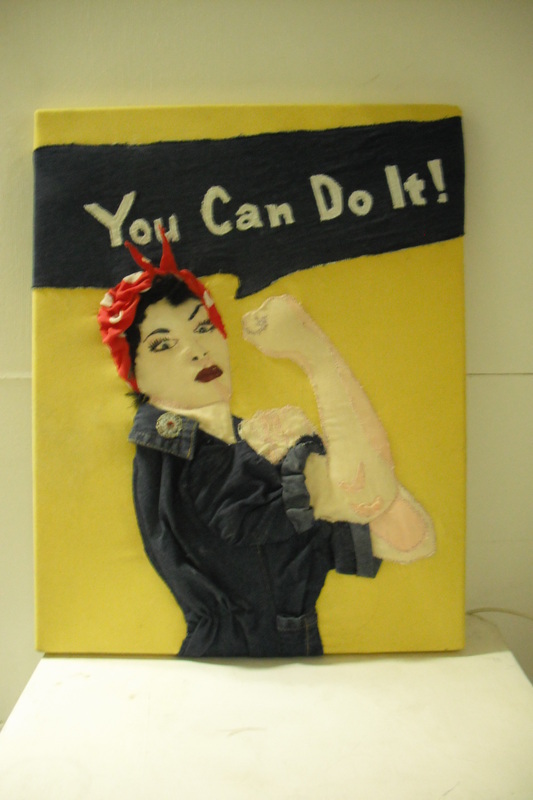